Track and field, running on a Track, music Track, that Taylor Swift Track is whack.

According to dictionary.com, A Track can mean the following:

Thus the concept of my idea this week lies in one word that can be used in many different ways. Like Donald Glover, who is an amazing writer, actor, producer, director, rapper, ruler of the universe, this word too serves many purposes. Okay Shirley let’s get back on track. We cannot compare the genius Donald Glover to this word.

Track is the only music app you’ll need for all of your workouts. The app has a slew of different music stored in it just like Spotify. The difference here though is that the music is remixed and smooth transitions provided between songs as the app will play change the music up depending on the intensity of your workout. The app will be linked to either your fitbit or your phone if it’s on you while you’re working out to detect how intense your workouts are. This intensity detection will allow the app to transition to more hardcore workout songs or transition out to a song that is more tailored to resting/stretches.

The inspiration came to me because sometimes when I go running, and by sometimes I mean once in a blue moon, when I start to pick up the pace running I want my music to reflect that change and so instead of having to stop at a stop sign and lose the rhythm in your run in order to change the song, Track will do it for you seamlessly.

We have different genres to choose from for your workouts and based on that genre we will play more intense songs and less intense songs. Take EDM for example, a popular workout music. Maybe we start off the workout without a drop and then when the app detects that the intensity is increasing all of a sudden you hear a “ARE YOU READEEEHHHHHHH!!!!!! ~remix~ ~insert Skrillex drop.” In real life you just start running faster, strides longer, sweat dripping down your face because you are AMPED. (wow…my app could have also been called amped because “amped up” and “music amp”, what a day for discoveries) 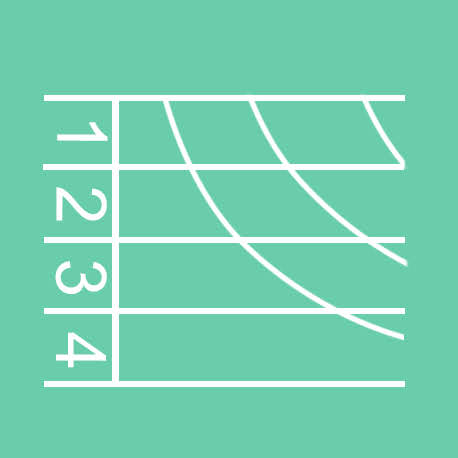 But WAIT…5 lines???? What else has 5 lines? Well a staff in music theory has 5 lines….isn’t that somewhat symbolic of the music aspect of this app?

So why not add a music note to this track 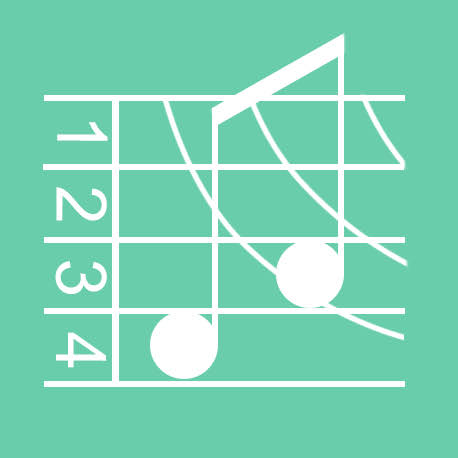 *BOOM* the perfect combination of music and sports. ~Two notes dancing on a track~