Say it with me out loud.

If you haven’t gotten it yet, say the following word out loud:

now do you get it?

It’s always there just creeping right next to your skin. You can’t run from it, you can’t hide from it, but you can do something about it. Don’t just yell, “f*ck you lint”, use a f*ck u lint. 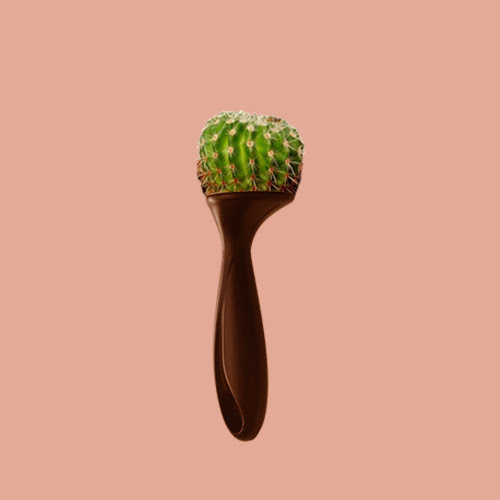 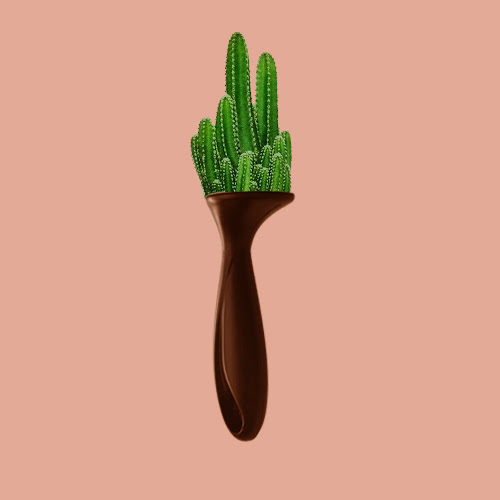 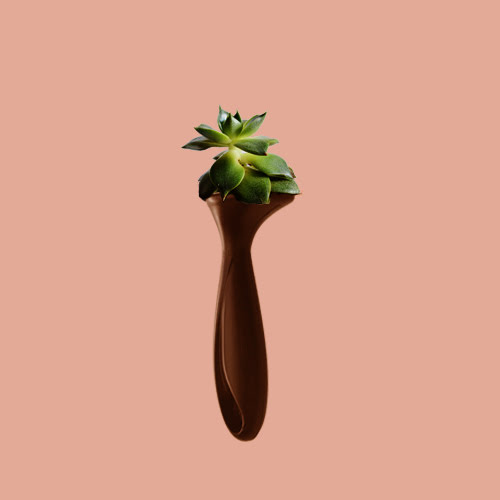 An idea that stems from a pun. A lint roller shaped as a succulent.

It would be reusable like one of those lint brushes, so I should probably edit my last sentence.

“A lint roller brush shaped as a succulent.”

The texture of the succulent will be able to lock in any misbehaving lint on you shirt, leaving that shirt perfectly crisp and the envy of everybody you know. The handle is hand carved from the finest and freshest mahogany found on the east coast. You can practically smell Edward Cullen jumping through the forest.

(I apologize for that description, I am currently binging Mad Men and it’s truly affecting the way I communicate because now I just want to sell everything and have every word that leaves my mouth sound like I’m Marilyn Monroe in the 60s)

my personal history with succulents:

You may think that I am a succulent enthusiast from this idea. I will have you know that I am not. Cacti and succulents have been on the rise in the last few years as a symbol of a certain type of lifestyle. Lots of people care about succulents and cacti, how could you not. They are cute, easy to maintain, and could spice up any interior design. People that own it appear wholesome, as if they drink matcha and practice yoga. In fact I drink matcha and do yoga (occasionally, like once a month) (BASICCCCCC). My relationship with succulents and cacti has been a rough one.

Before being ready to be a parent and to raise another human, one should be able to raise another live being like a dog or a cat. Before that maybe you’d want to own some flowers that require regular watering and even before raising those plants you should be able to raise a cacti/succulent. These plants only require watering every 3 weeks. So why is it that my first cactus that I lovingly named, Joey, left me alone in this world after just a few months of him coming into it. It’s because I am apparently the type of gal who is able to kill a cactus.

I am so ashamed. So you can imagine how I feel when Instagram, cafes, minimalistic interior designed houses, plant shops, etc all bombard me with these so-called “easy to maintain” plants. hhmph. I resent this plant. It reminds me of how I’m a failure and that I’m also really not ready at this stage in my life to raise another human.

But this idea is slowly restorig my faith in this plant. That just like how these plants are easy to maintain, your image and how you present yourself to world is also easy to maintain.

I apologize dearly to all those offended by the language use in this product. I have made arrangements so that the “u” is replaced by a friendly succulent inviting people to buy this product.

In fact, any vowel could replace that “u” (but nobody can replace YOUUUUUuUuu( ◡‿◡ *)). For example:

I will now stop with the vowels, because after the “A”, I have been reading all the following text in a British accent. Please do not ask me to try to do that accent in real life because I can’t do it and if I do, it may be me reciting Harry Potter lines.

Say it with me one last time: